People rage about these games, but like Pinkie Pie above, we have to agree that cupcakes are generally pretty sweet (with the potential for massive stomachaches). They provide your team with a guaranteed win, they help pump money back into a lower tier institution, and they're generally inoffensive compared to everyone else.

And it's still college football. Law of scarcity indicates you'll watch whatever you're given. Of course, too many cupcakes can make you sick, so it's nice to see the Pac-12 keep it to a minimum.

We start with the first game in the history of the Pac-12. Thursday night, Montana State vs. Utah. Montana State deserves the lion's share of this column space.

This is Bozeman, Montana. 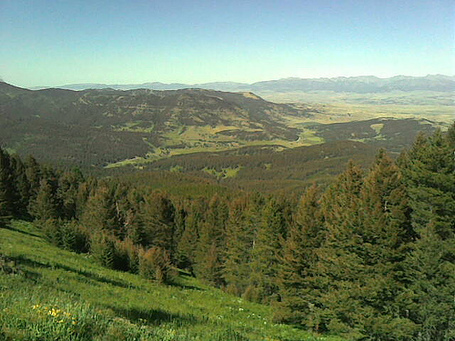 I'm now reconsidering the idea of scheduling FCS road games. Hiking in Montana in September? SIGN ME UP! 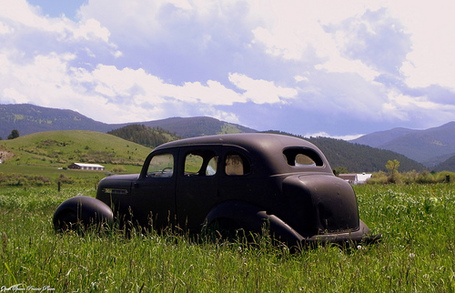 This car is apparently being described as being "for sale". Sure brings me back to the days of 25 cent butter, jitterbug dance classes, and conformity documentaries.

Gary Cooper once went to high school here. This is before Gary Cooper saved every leading lady in Hollywood (and a couple of men according to the gossip mill).  He's probably the best high school product to ever come out of Bozeman. Hollywood really snagged themselves a good one. He considered being a salesman of electric signs before actually becoming an actor, proving once again that the American Dream--just like college football--is more random than real.

We've had relations before. Montana State holds the honor as one of the few teams to BLOW a two-touchdown lead to a Paul Wulff team. They put up 400 yards, and led 22-7 to the Utes in the 4th quarter, seven more first downs...and lost. DeNarius McGhee was their starting quarterback in that game, and he ended up throwing three picks in this one (two on consecutive possessions in the fourth to lose the lead, then seal the game). I know they're a division lower, but throwing three picks against WSU takes something very special. Brock Mansion had two, so he isn't quite that rarified as McGhee.

Previous laurels.  Three FCS national titles to their name, so they know how to win and they have that winning spirit to uphold because otherwise why even play? You gotta lay it all on the line and do what it takes to win. #realtalkfromsomeonewhoknowsthegame

But the last one in 1984, so you've got to wonder if they've lost that winning edge and need to rediscover what it means to win. Most teams don't know how to win because they just haven't gotten the winner's mentality to really go out there and play like they know how to do it, and they aren't winners because of it. #REALTALKFROMSOMEONEWHOKNOWSTHEGAME

Washington State was one of the worst teams in college football last season. Utah was mildly better last season. But Montana State is supposed to be better this season, so by laws of football, who the hell knows what will happen?

Who Montana State loses. Three in the secondary, three in the defensive line, two running backs. A few of these guys were ruled academically ineligible, which makes you wonder how high the standards are in Bozeman.

How high the standards are in Bozeman. Wikipedia tells me.

MSU is the national leader for Phi Kappa Phi Graduate Fellowships and is among the top ten institutions in the country for recipients of Goldwater Scholarships. The university counts among its graduates several recipients of the Rhodes and Truman scholarships, and MSU has consistently produced winners of USA Today Academic All-America honors. U.S. News and World Report has routinely listed MSU as one of America's "best buys" for undergraduate education, and ranks it in the third tier of National Universities. Montana State University offers the world's only Master of Fine Arts degree in Science and Natural History Filmmaking, and MSU's Museum of the Rockies is home to the largest T. Rex skull ever found—bigger, even, than "Sue" at the Chicago Field Museum.

Ladies and gentlemen, we have our next Pac-12 member all lined up! (And I'm only half-joking.)

Why Tom Hansen can eat a dick: Montana State will have all their games televised locally. Washington State will be listening to their first two games on man-made ham radios.

Rivalry game: The Brawl of the Wild with Montana, which has lasted over a century, with the Great Divide Trophy (pictured at the beginning) up for grabs. And their video department is pretty kicking.

At least we know where Larry Scott got his idea for his Pac-12 promo vids.

Montana State done with being cupcaked: They've gotten out of the Oregon game next year to play another home game in Bozeman, because being the circus side act is less fun than playing actual real football games. Who would've thought? Larry Scott should really think about these guys.

Conclusions: JazzyUte of Block U is taking this game seriously, as he should. We brought you into this conference for a reason Utes. You start tripping over yourselves the first game this weekend? The West Coast might be chiller, but our hazing rituals aren't any less unpleasant (a special Versus-only clause in the new TV deal sounds chilling enough). Get this done right.