The Ducks bring a 4-0 start into the home rematch with the Wildcats. This is a look at what appears to be much different this time around and why the Ducks should not be worried.

Share All sharing options for: A look back at the Ducks' ugly loss to Arizona in 2013

Before we look at the match up for the 2014 contest, we should probably reminisce on last year's game, as painful and awful as that may be. For those of you who remember, (if your a Ducks fan it would be impossible to forget) Oregon took a 9-1 record into Tuscon only to be annihilated 42-16 and have their Rose Bowl hopes effectively destroyed. 42-16! Oregon came in favored by 20.5 and had to endure Kadeem Carey running all over them for 206 yards and 4 touchdowns and had the privilege of being the team to allow Carey to become the All-Time leading rusher for the Wildcats. So yeah, it was pretty bad.

The Ducks fell behind early and were never able to bounce back from a 14-0 deficit created in the first 8 minutes of the game. The secondary allowed the Wildcats to complete 19 of 22 passes. Even Mariota, yes Marcus Mariota Mr. nearly perfect, threw two interceptions, something absolutely unheard of for the master control QB.

It was a devastating loss to say the least. The offense look frazzled, the defense didn't have any answers for Carey, and Duck Nation in its entirety was left in a state of utter shock. It was a season destroying loss. But what was it exactly that went wrong for the Ducks? Why couldn't they hold off an Arizona team that appeared to be far inferior to the high-flying Ducks?

The answer seems to be failing to convert on key plays and poor run defense. Oregon failed to convert on several key downs, particularly a 4th and 2 at the Arizona 6 yard line at the start of the second half. There were uncharacteristic dropped passes, unusual turnovers and a lot of poorly executed plays on offense. Meanwhile, the defense was getting worn down by a style of attack they hadn't seen all year. Kadeem Carey had 48 rushing attempts, and Arizona controlled the ball for more than 35 minutes, wearing down the defense with drawn out drives.

Perhaps the most important reason for Oregon's wildly disappointing outing in Tuscon was their apathetic approach the week preceding it. Following their first loss of the season against Stanford, ending their perfect season and all but eliminating them from national title contention, the demeanor of the players was noticeably weakened. There was talk that there was nothing to play for, and an attitude of "been there done that" when asked about the opportunity to play in the Rose Bowl. They viewed the Granddaddy of them all as a consolation prize and college football media had a good time with the almost entitled type of mindset the Ducks had following that loss to Stanford.

So here are the differences for this year. 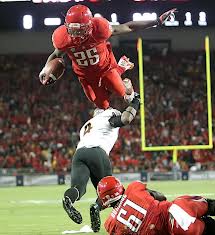 Arizona is not sneaking up on them this year

Maybe the biggest thing the Wildcats had going for them last time around was the element of surprise. Oregon was just coming off a devastating loss and it seemed completely outside the scope of reality that they could lose TWO in a row, especially to a team like Arizona who had always struggled against the Ducks.

Although the ghost of the Heisman candidate may still haunt the returning Oregon players, the happy fact still remains that Kadeem Carey is long gone. They no longer have to live in fear of one of the best running backs in the Pac 12 over the last decade. A 200 yard performance on the ground from the Wildcats is highly unlikely, and there isn't a big time playmaker like Carey this time around.

Oregon is at home

Autzen Stadium is a very scary place to play, and should serve as the ideal setting for a good ole fashion redemption game. It is terrifying to hear the Oregon crowd and after an undefeated home campaign a year ago, they aren't looking to slow down anytime soon.

Arizona is a much weaker team than a year ago

Arizona is far from a bad team. They are 4-0. But let's face it-they are missing Kadeem Carey. Offensively they have still ben very strong, scoring 42 PPG and have the 7th best pass offense in the nation. Let's keep in mind though that they have done this with the help of a blowout win over MWC pushover UNLV, and barely squeaked out victories against Texas-San Antonio, Nevada and Cal. So yes, they are probably going to be strong once again offensively, but the Ducks will have more answers for them this year.