UCLA needs pass rushing help and are getting it this season

Usually when a team needs to improve during the season they rely on improvement from within or a return from injury. Apparently that's not the only way to get better in a specific area though as UCLA has proved by adding JUCO transfer Takkarist McKinley who is eligible to play immediately for the Bruins.

Yes, apparently this is a thing that can happen. This is a special circumstance due to the fact that McKinley was incorrectly tagged as a non-qualifier. He originally signed with Cal out of high school and would have likely been an important contributor for the Bears, but now he'll just be another on the list of "shoulda been a Bear, but ended up a Bruin."

Not lost in the Bruins underwhelming start to this season is the fact that the defense has only generated one sack and zero pressures in the first two games. Injecting a player like McKinley into the mix, he's currently ranked as the second best strongside JUCO defensive end in the nation according to the 247Sports composite rankings, sounds almost too good to be true.

So is it too good to be true or can McKinley actually help the Bruins on the field right away?

Unfortunately it's no to the first and yes to the second. He can't help them on the field immediately because, as Scout.com's Greg Biggins confirmed with McKinley's junior college coach, he is injured right now and hasn't practiced in a few weeks. So any thought of him coming into the fold and becoming Anthony Barr in the next couple of weeks is just not possible.

When you throw in the fact that he needs to get his living arrangements sorted out, get acclimated in the classroom, and also learn the defense, the chances of him even getting on the field later this season are pretty slim. Most new players get on campus in June and often to struggle to make the adjustment to a new school and new scheme. McKinley won't be on campus until the third week of September.

However, this is a Bruin team that is not only expected to compete for the Pac-12 title, but possibly a national title. If they think any player can help them achieve that goal this season, they need to get him ready to play and on the field. And McKinley is physically gifted enough to be a great addition to their pass rush.

He's a quick twitch athlete that has the speed to threaten off the edge. He's got the size (6'3" 250) and the length that teams covet in a pass rusher. He also shows the ability to be stout at the point of attack and plays with outstanding effort as a chase player versus the run. This is against players who aren't quite Pac-12 caliber, but his athleticism and aggression jump off the screen when you watch him.

More importantly, McKinley has the ability to bend. I know this a term that is mentioned a lot, but I'm not sure if everyone understands the value of an edge rusher that can bend. Having that skill is the difference between getting a sack or basically running right by the play as if you were never even on the field. McKinley has this skill and it's what can help him help the Bruins rush the passer when he gets on the field.

Here are a couple of examples: 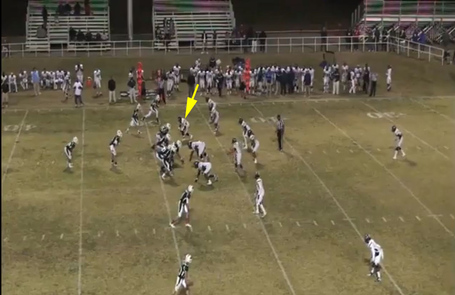 McKinley is lined up opposite the left tackle on the edge in a stand up position. 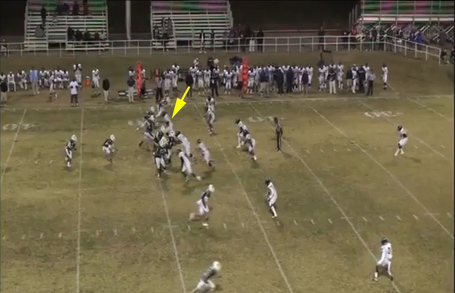 He gets upfield and is working towards the outside shoulder of the tackle. 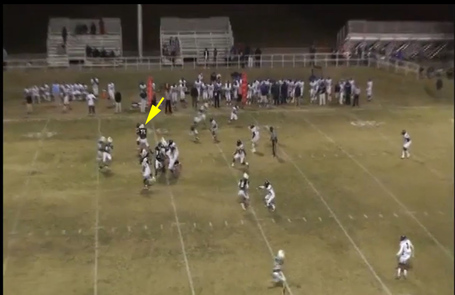 He's engaged with the tackle right now. This is the point where most defenders get washed up the field and the quarterback is able to either stay where he is or step up into the pocket without any harm done. 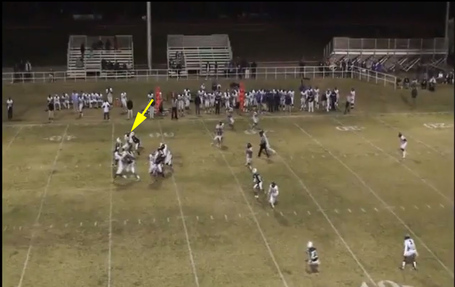 Now you can see the lean and him bending towards the quarterback. Notice how the end on the opposite side is basically just headed upfield. 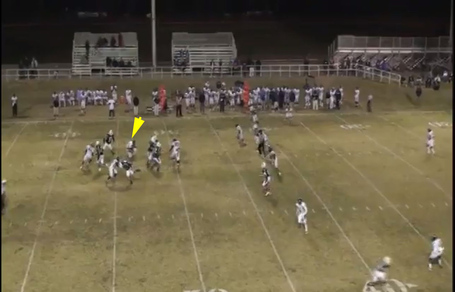 McKinley finishes the play off with a sack.

For good measure, here's him rushing from the opposite side. 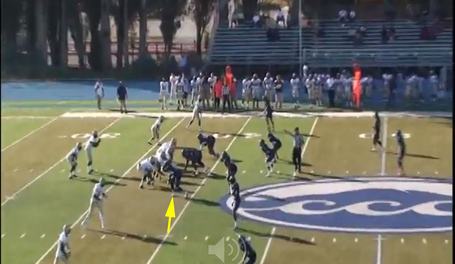 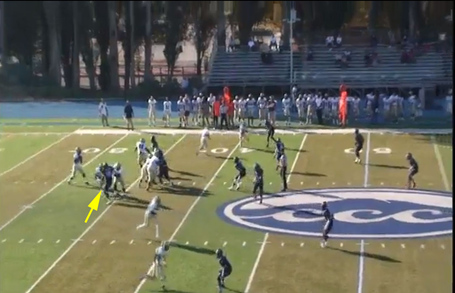 McKinley is being double teamed on the play. He has to deal with the back as well. 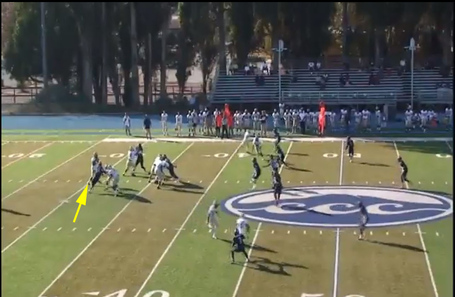 You get an ever better view of the lean as he gets around both blockers to close on the quarterback. 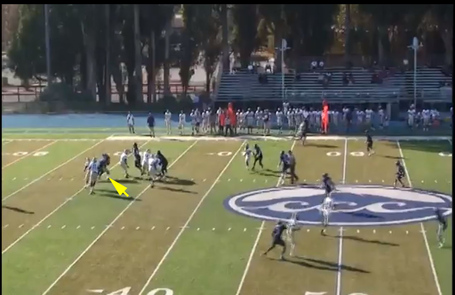 And boom! Another sack because of his ability to bend and finish the play.

I have to make it clear that McKinley is by no means a finished product. He relies almost exclusively on his speed to rush the passer and must develop his hands for pass rush moves and counters. The raw tools are all there though, just like they were with Anthony Barr and that turned out quite well for UCLA.

There are a lot of obstacles in the way to McKinley being a significant contributor right away, but his talent is not one of them. He has the chance to develop into a big time edge rusher in the Pac-12.